The Considerate, the Oblivious, and the Mean

First – this is not really a sustainability post. It is a biking post. Second – this is not 100% serious. It is cynical, and maybe a little funny.

Please read on, and then send me your thoughts on types of cyclists and drives there are out there. I’m really interested. Do so by commenting on this post, or sharing in Linkedin, or by even sending me a direct e-mail at greenerjsa@gmail.com 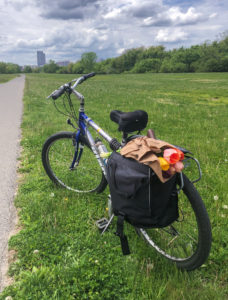 The Urban FU are those dominant-nature folks in Albany and other small to large cities that do whatever they want to do whenever they want to do it. Lights? Nah. Hand signals? Except for the middle finger salute, screw that. Road rules? I do not comprehend. They smoke, eat, and read their phones while they surf the traffic flow, and occasionally have someone standing on rear wheels stands for a ride. They hop curbs, ride the wrong way on one-way streets, use sidewalks as needed at great speed, and zip across intersections with barely a glance. I also suspect that they cause more accidents than they actually suffer from (one of the distinctly unfair ironies of life).

The Commuter/Tour Rider is mostly a rule follower. On the weekend there is a concerted effort to wear appropriate race-wear, or touring team attire including Camelback water pouches, and they often have a padded seat in their cycling shorts. Way too cute for words, but highly serious. There is often a plan for a long ride that includes a gathering with beer after. Maybe the ride is to raise money. It’s all good. When on the long ride they maintain a very tight focus on the road, their speed, and their stats. That’s it.

The commuting is complete with full lights, a proper helmet, and work attire with a strap holding any pants legs tight to calf on the chain side. Skirt wearers may wear skorts (skirt-shorts) or biking shorts under. A respectable crossbody briefcase or classily functional saddlebag is part of the deal. These are the folks that believe in hand signals of the informative sort, but they sometimes slide through intersections, nonetheless. They often strive to ride to work through even harsh Upstate NY winters, and do not understand at all when other bikers break the road rules. They use dedicated lanes, but know that every road under 30mph is intended for bikes AND cars, and they use what makes most sense travel-wise.

The Timid Newbie rides on the sidewalk when they don’t know any better, but if they know it’s against the law (as in Albany) they will try to ride in the road. They do this with proper helmet and lights, but in such a timid way that they cause confusion in others at every transition. These are the folks that need the “separate but equal” bike lanes even in the city. They also drive their cars to rail trail heads to avoid any street cycling at all, if possible, and they pack for a ride as if the food and water must last for a week, but almost never have a repair kit with them in case of a flat tire.

Because of the aggressive nature of the Urban cyclist, the speed of the Commuter, and the training the Timid Newbie received on totally separate and safe rail trails they often break rules without even knowing it. And every time a separate section of bike lane comes back into the street structure, they panic. They also think everything about bicycling is separate and different from driving a car, so they do not understand how to share the road, and would never ever enter the lane to signal to make a left turn. Instead, they would stop at the roadside, confusedly look at the fast-moving traffic, and try to convey with sad eyes and a turned front wheel their need to be “over there”. 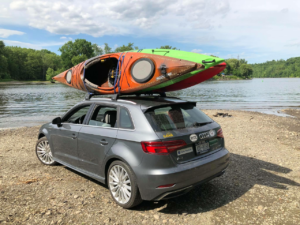 The Considerate driver has actually, somewhen, somehow, been taught that they are not the only ones allowed to use the road. Maybe they are cyclists as often as they are drivers. They obey road rules expecting others will as well, drive slowly near schools without the need for signs, and they look before they open car doors. Their only fault is that sometimes they are so considerate they create confusion, like when they waive an oncoming driver, or cyclist, to turn left in front of them when the light turns green, even though that is not the correct priority. They also tend to give way too wide a berth when passing a cyclist on the road, sometimes waiting, slowly driving behind, for hours, until the oncoming lane is clear enough for them to do so.

The Oblivious drivers are the scariest of the lot, in my opinion. Although their complacency actually lets them pass bicyclists at probably the best level of distance, god forbid something distracts them in the moment. They are totally unaware that there are any others on the road, of any type, and have no respect for other drivers, walkers, crosswalks, lights, bikes, baby carriages, dogs, balls, or police. They are looking at their phone, adjusting radios, checking directions. They turn left without looking at crosswalk signals or to see if someone is indeed crossing. The world is theirs and theirs alone. They look totally confused when a cyclist veers around the open car door and says “watch for cyclists, you bonehead”. They make u-turns, pull out of spaces without checking, and throw open doors even when they see a cyclist is approaching because they just don’t understand the connection at all. They tend to load their kids into the car from the road side as well. What’s up with THAT?

The Mean drivers are very well aware that bicyclists exist. In the past, I have had a mean driver actually catch my handlebar on his mirror and push me off the road. They “helpfully” tell cyclists to “get on the sidewalk where you f’ing belong” even though that is illegal in many places (as in Albany) and they think bikes should only be on the protected and separate trails, even when they ridicule spending taxpayer money on any similar investment. If there is no marked bike lane, they think the shoulder (with all of the glass and debris) is the righteous place for any bikes daring to be on the road.

The car is king, and as the driver of said car, they are regent. They pass VERY close to bicyclists that are in the lane with “sharrows” or even in marked bike lanes on the road, as if to muscle them out, and, when they do pass, it is usually at great speed and occasionally blaring the horn as if to say “get off MY ass-phalt”. It offends them to see anyone getting somewhere with no fossil fuel use. Do they have stock in Exxon?

Every time I ride I experience several of these “types” and wonder what type I am channeling. I suspect in a car I am somewhere between Considerate and Oblivious, and I absolutely need to work on that and improve my focus. My husband is between Considerate and Mean, which is a funky combo. Considerate of all, and then Mean when someone is doing something “not right”, such as driving below the speed limit. On a bike, I tend to be the Commuter/Tour Rider, and am equally as frustrated with the Timid Newbie and with the Urban FU.

What type are you?